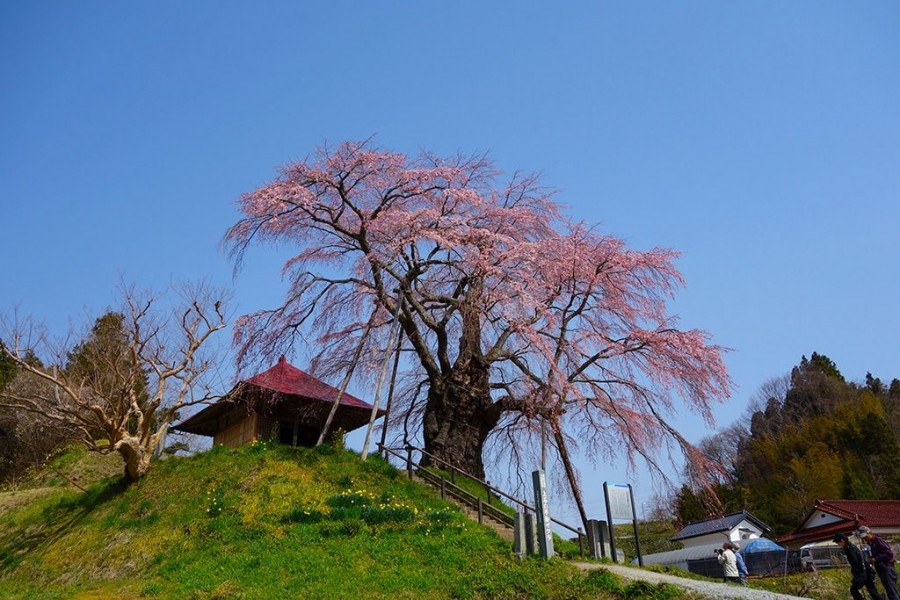 This tree is located on the grounds of a temple dedicated to the Buddhist deity Acala (known as Fudo Myoo in Japan), and is thus known locally as the Fudo Cherry Blossoms. The tree is about 350 years old and is considered to be a descendant of the Miharu Takizakura, a famous cherry tree located in nearby Miharu Town. Photography tip: Angle your camera so you capture both the cherry blossoms and the yellow canola flowers. 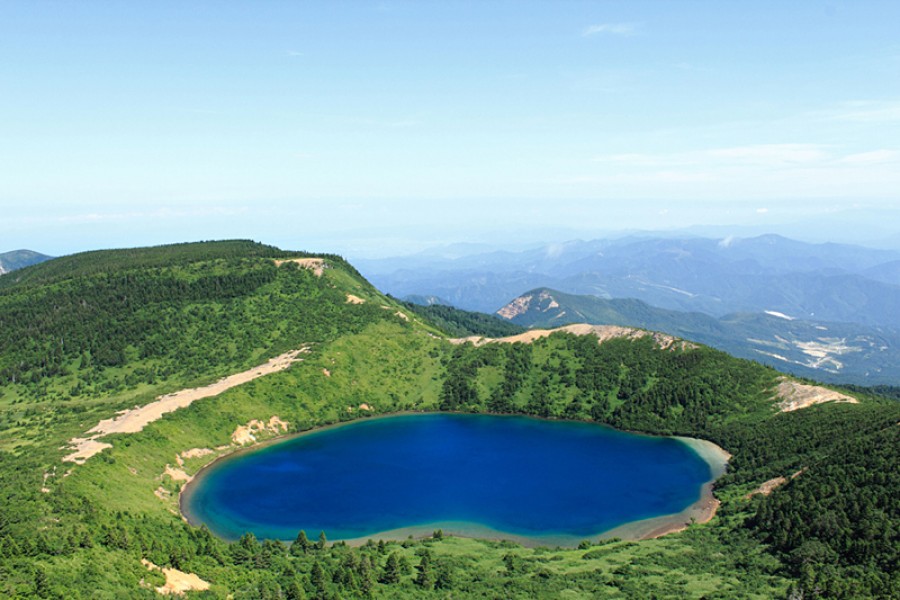 Majyo-no-hitomi, or The Witches’ Eye Lake, is a volcanic lake that was formed during a volcanic eruption many years ago. Unique minerals in the water cause the lake to appear different colors, giving the lake it’s official name of Goshiki-numa (Five Colored Lake), but most often it is a bright blue.  The nickname of “Witches Eye” comes from the unique appearance of the lake that is visible in late spring when the snow melts enough so that only a white ring remains around the lake to form the white of what appears to be an enormous single eye. This lake viewpoint can be reached by an intermediate hike that begins at the Jododaira Visitors Center, stop by for a map and safety information before hiking. 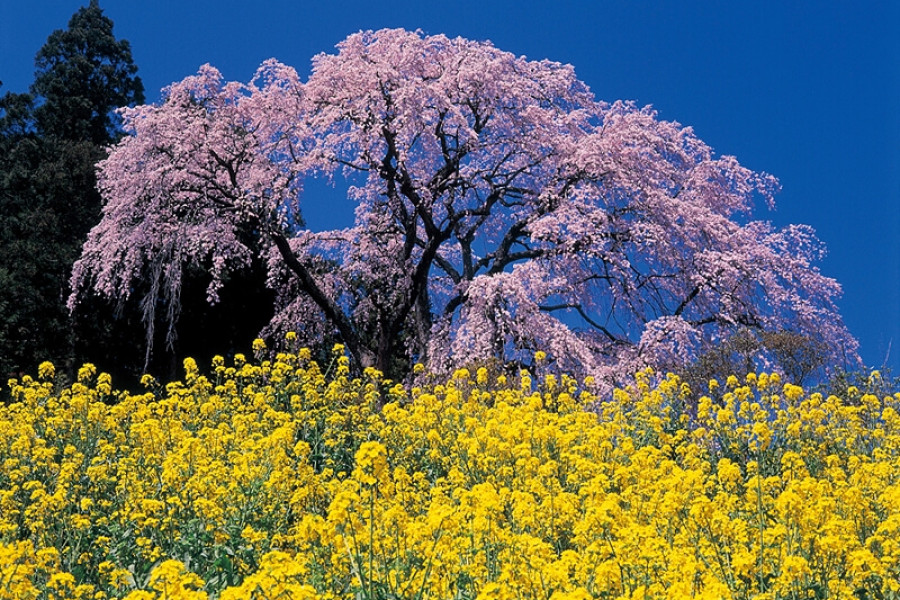 These two weeping cherry trees are said to be the grandchildren of the great Miharu Takizakura weeping cherry tree in nearby Miharu Town. They bloom with fantastic pink flowers. When they are in full bloom, the trees are if a waterfall of blossoms is cascading from their branches. These trees are estimated to be around 170 years old. We recommend taking photographs from the bottom of the slope, so you can capture the pink of the blossoms, together with the blue of the sky, and yellow of the canola flowers. 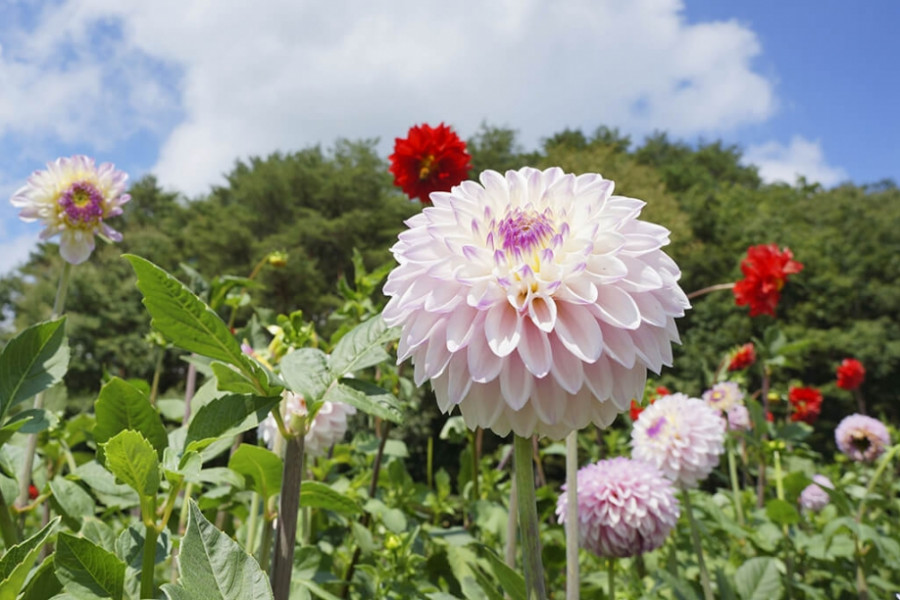 Yuyu Land Hanawa Dahlia Park is located within Yuyu Land Hanawa hot spring and accommodation facility. 300 kinds of 5000 dahlias bloom in approximately 7000 ㎡ site from summer to autumn at the Dahlia Park. Hanawa Town is home to 18 small dahlia gardens including 4 located in elementary and junior high schools. The best time to visit in order to see these flowers is between August and October. An annual dahlia festival is held in Hanawa Town every year to celebrate these vibrant flowers. 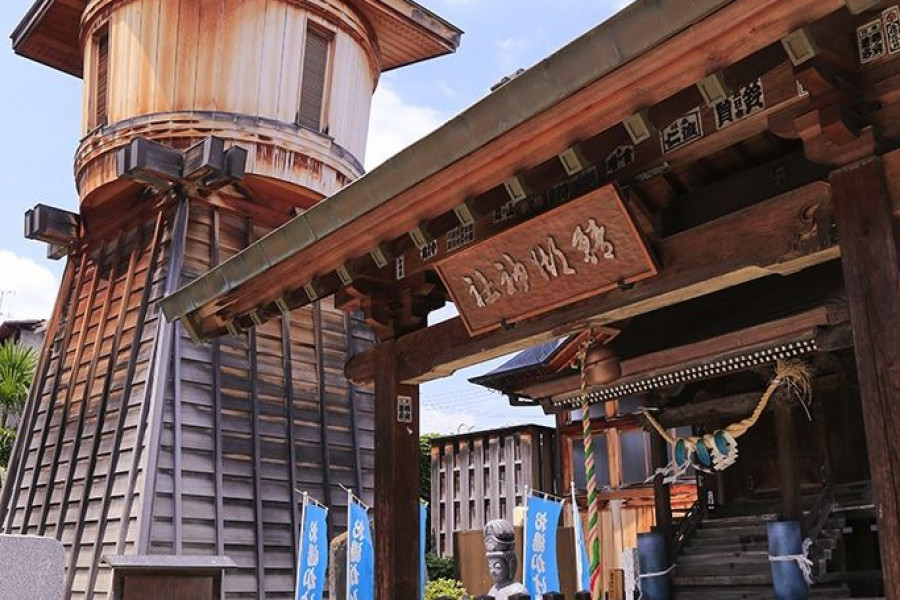 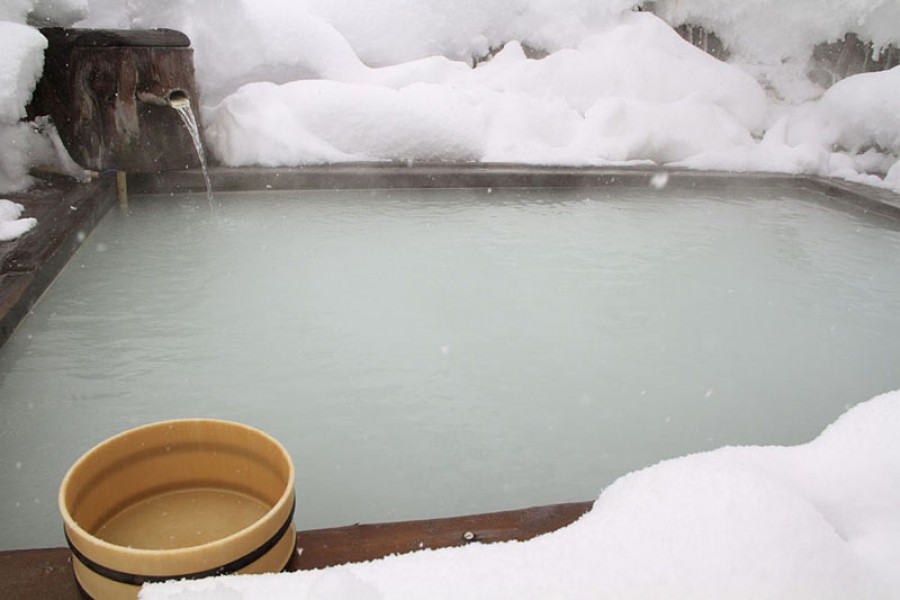 Noji Onsen is a beautifully scenic onsen resort in Adatara mountains. It is especially breathtaking when the outdoor baths, and their cloudy white waters, are surrounded by stunning snowy landscapes in winter. 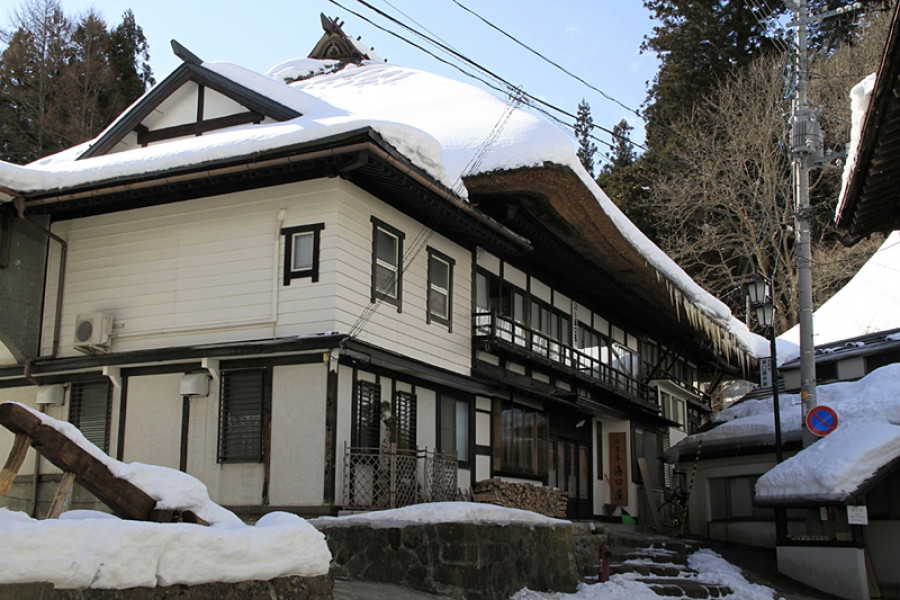 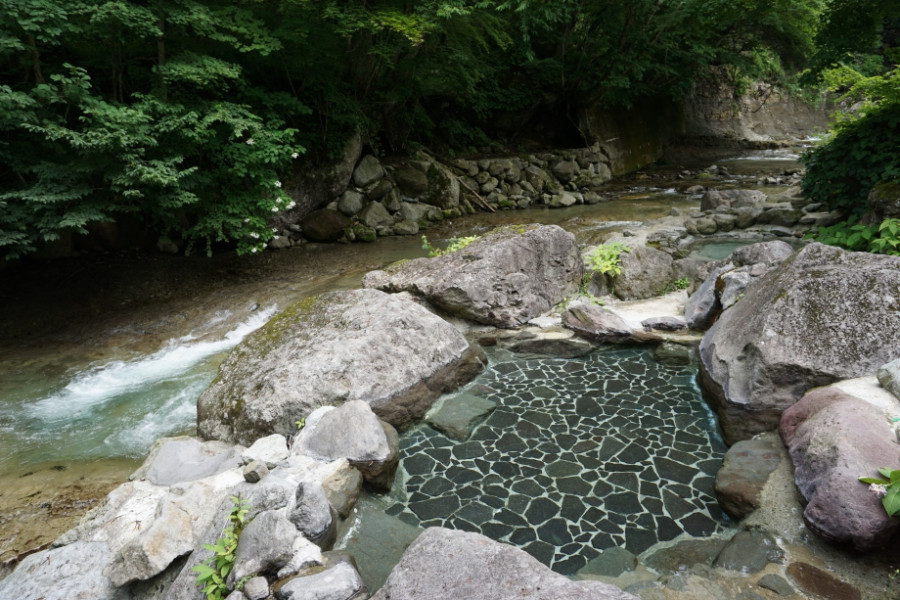